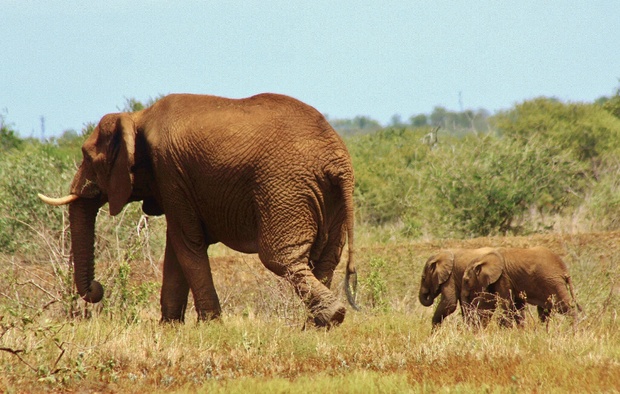 The twins were first sighted in November last year and cause for much excitement. Our White Elephant rangers' first sighting of them was in November on the north/eastern section of Pongola Game Reserve. The twins have to take many little steps to keep up with their Mother, Curve and the rest of the Orphan herd, but they are keeping up and doing well!

The birth of elephant twins is an extremely rare occurrence. It is estimated that less than 1% of elephant births are twins. Research in Amboseli recorded one set of twins born to 1192 births. In Ruaha National Park, Tanzania twins were born around the same time as our twins. Astonishingly, 6 weeks later, another birth of twins was recorded!

Our twins were born at the start of the wet season, fortunately, when more foraging sources are available for Mom Curve, to ensure good nurturing of the twins for the first crucial months.

Female Elephants are known to take care of close family members’ calves as well as younger siblings (known as ‘allo-mothering’). Should Curve not have enough milk to nurse both her little ones; it is most probable that two females in the herd who have given birth to calves recently, may help with the nursing of the twins.

We think that the birth of the twins has caused Curve’s oldest son, Umvula to be somewhat sidelined…poor big boy. Umvula will be 11 in February.  He has displayed signs of maturing in this last year by venturing a bit further away from the herd. But since the arrival of the twins, he has broken away completely from his herd, spending time on his own or with other bulls from another herd, (A&B Family). I have seen Umvula quite frequently and he appears to be coping well. He ventured into the lake for a swim without mom.

The next months will certainly be interesting and exciting for all of us to observe the new unfolding chapter in our elephant’s world.

What a privilege to be ‘part’ of this story.

Warm Regards from the bush 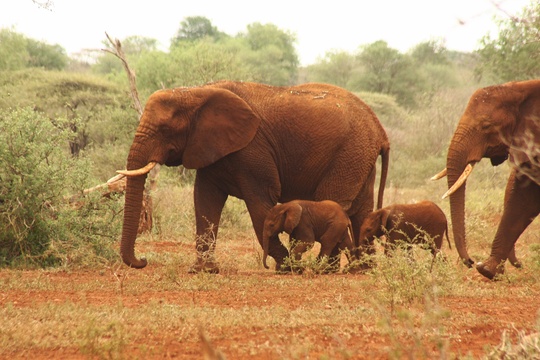 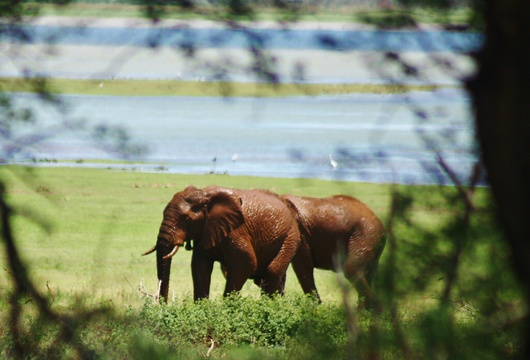 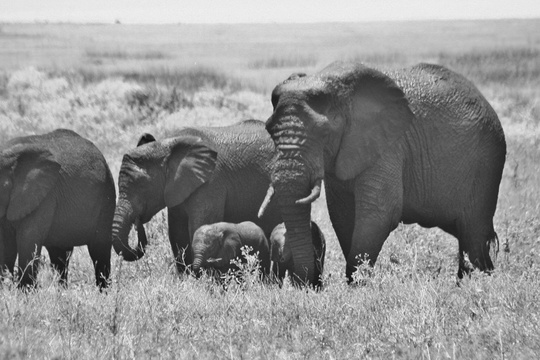 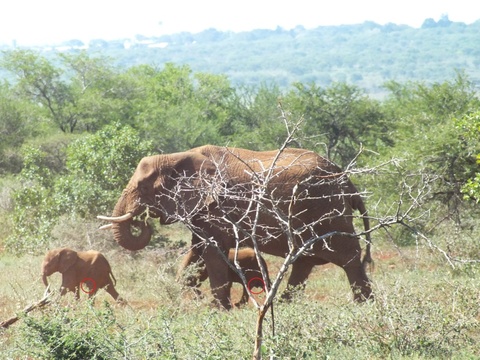 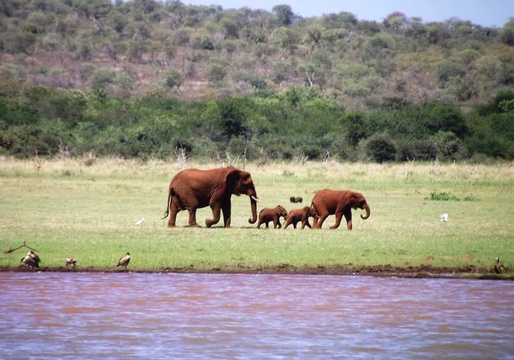