Cats, Dogs, and those in-between.

Posted by Mitchell on Fri October 9, 2015 in Ranger Diaries. 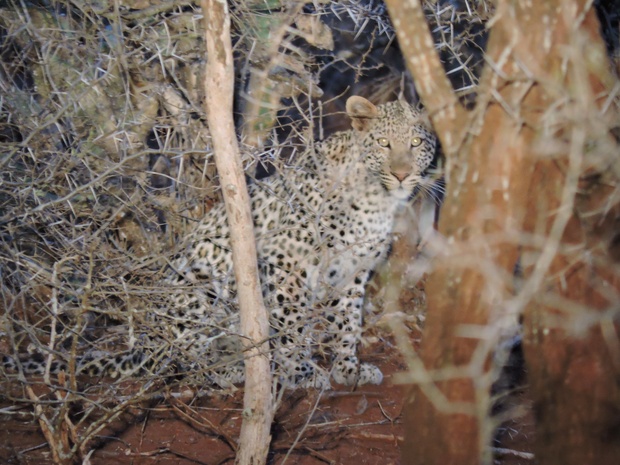 In a land where predators garner their prey, we find that only the strongest, fittest and mightiest of creatures survive the battle of life. There is an ongoing war between the great beasts which is essential for retaining the natural order.

In Africa we find cats to be the most powerful, with the lion (Panthera Leo) leading the charge earning itself the reputation of “King of the Beasts” and leopard (Panthera Pardus) coming in as the next big cat.

For their size the leopard is an exceptionally powerful creature with the ability to lift prey twice their mass vertically, up a tree. Yet despite the immense strength of the leopard, it still remains one of the most unobtrusive great predators.

One morning at the end of July, we received a report of growling, screeching and howling during the night. Later a member of our security found a dead young male leopard. The security guard also reported many hyena (Crocuta Crocuta) tracks all around the leopard. Exactly what happened is not known. What we did observe, were bite marks on the neck of the leopard and the genital and abdominal area had been torn open by hyena.

The spotted hyena is neither cat nor dog but most closely related to civets (Progenetta). However, in a land without lion the spotted hyena reigns supreme with the leopard as their closest rival. These rivals will share the same space, yet when they come into contact with each other, there will be war because they are using the same resources. Generally, the two don’t share territory or resources well. The hyena being larger than the leopard will look at the young leopard and see a chance to prove its dominance. Dominance is usually proven physically, the victim escaping using a combination of agility and cunning. However, in this case the young leopard was either caught unaware or decided to test the boundaries of its own strength. Unfortunately for him though, the hyena cemented its obvious place above the leopard and left his victim on the ground for others to see.

It is when we look at the result of this battle that we, the ultimate predator (man) shiver for a moment as we become aware of the forces keeping balance in the world we cannot control.