Posted by Luke on Tue December 2, 2014 in Ranger Diaries. 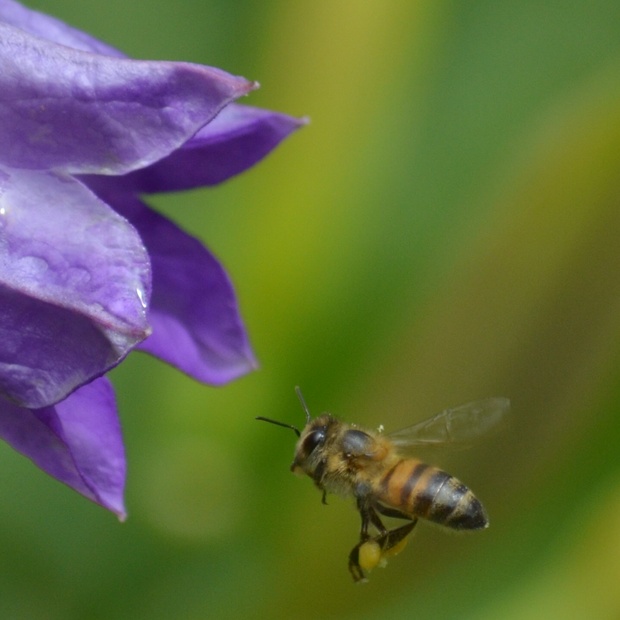 Looking at the pictures it’s hard to believe that this has been happening for 100 million years! Plants and pollinators are entwined in a dance of co-dependency and it is such a fragile relationship that should one party be removed, life as we know it would be very different. So why did it all start? Why did a plant start making flowers and using complicated chemical reactions to make attractive scents and make nectar, all of which are very expensive in terms of energy?

It all comes down to sex. Plant sex that is… the pollen needs to reach the egg to make more plants, and if the plant doesn’t make a flower it needs to rely on chance- using wind or water to transport the pollen and maybe it reaches the egg maybe it doesn’t! By bribing a pollinator like a bee the chances increase, and the bee doesn’t mind as it gets sweet nectar.
80% of the world’s crop species including food, beverage, dye, medicine and fibre all rely on pollinators. If we should lose the pollinators we will run out of food and not only that but there will be no roses to give your valentine sweetheart!
Unfortunately due to habitat destruction, the use of pesticides and, surprisingly, cell phones, there is a global loss of animal pollinators. Cell phones emit high frequency sound waves which interrupt insects from finding each other and bees are dying before they reach the hive as they get lost. Apart from that there is a mysterious disease killing them worldwide.
Now the next time you spy a fly or see a bee think twice about spraying it with doom or swatting it as every bee counts to a future that benefits us all! 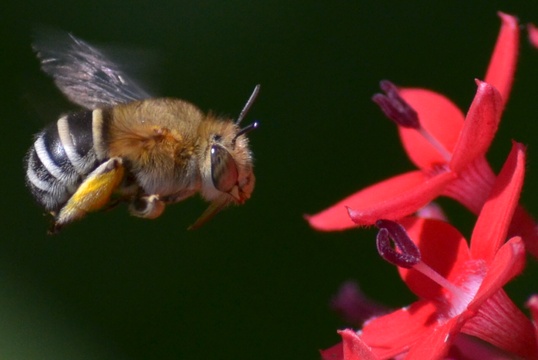 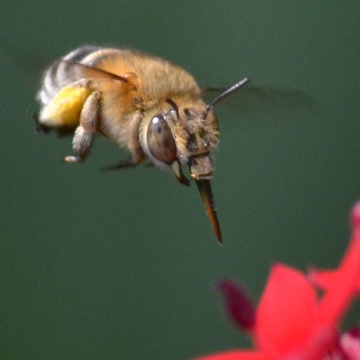 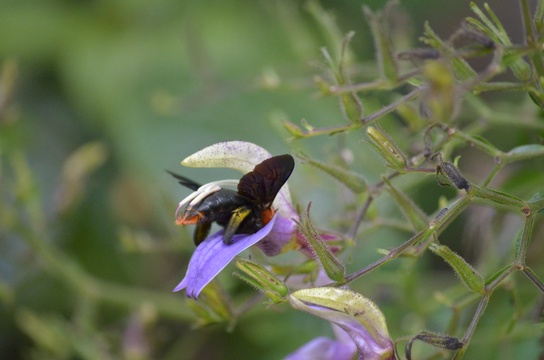