An amazing and extraordinary event took place on Monday 15 March 2021 when our Pongola Game Reserve elephants walked up to the top of the highest crest of the Ubombo Mountains spending all day in full view of the Myeni community at Mavela and Wildlife Spirit. On a clear day, from this elevated position, one can see the coastal dunes of Maputaland and the hills of Nongoma, the Heart of Zululand.

The pass they took to ascend to the mountain top is known amongst the local community as "isihlalo sendlovu" - the saddle of an elephant. This was the first time that they had walked as far as the top of the escarpment in full view of the neigbouring community.
We contemplated if this unusual event was a show of respect to the AmaZulu nation for the late King Goodwill Zwelinthini kaBhekuzulu, who passed away on Friday 13 March 2021.
"We will never know Mr Heinz, but there's a reason for this," Sakhile from Wildlife Spirit replied.

Previous sightings of elephants near this summit were in 2016 after a severe drought 'forced' them to look for browse and grazing near the community homesteads where luscious marula trees were intact after many decades of elephants not being in the area. The last elephant was killed in the early 1900's in the Pongolapoort before they were reintroduced in 1997.

It is interesting to note that the big game hunter and ivory trader, "Elephant" White, shot over 150 elephants in one season in the 1860's in the Pongolapoort, which now holds the Jozini Dam.

Once again, we have learnt from dedicated monitoring and research of our elephant in the PGR, is that elephant need mega SPACE to roam and migrate, which they always had up to the 1800's, before the scramble for Africa divided up the African continent with borders, boundaries, roads, railways, 'new age' monoculture and settlements. With this 'colonisation' came development, prosperity, exploitation and high human population growth; all of which has led to the demise of our natural resources and wildlife inhabitants; particularly the elephant for his ivory.

Today we have pockets and small 'islands' of wilderness with remaining wildlife, which is not enough SPACE for migratory species like elephant and wild dogs.

The only way we can provide that SPACE is for man to value elephant and grant them the respect and dignity of access to their ancient migrating pathways and land by way of creating elephant corridors.

SPACE for Elephant was founded in 1999 when two elephant bulls went on a wanderlust from PGR to Mkuze Falls Game Reserve in search of SPACE and other companions. We realised that elephant need to be accommodated on their wanderings – to not have to negotiate fences, roads, settlements, crops and humans who no longer know or understand these magnificent, dignified beasts of the African bush.

A couple of years after this first 'escape', two more bulls tried to negotiate their way back to the Kruger National Park via their ancient migratory routes through eSwatini - obviously without success. Why? Because of us: people, humans who have developed and settled all over the country, without any consideration for the original inhabitants of this land - the elephant. Their migratory routes are now blocked, and crowds gather and harass them in their efforts to reach their old destinations and greener seasonal pastures.

Did you know that most of our roads, highways and railway lines are all built along old elephant migratory pathways? Yes, even the Trekboers migrated from the Cape of Good Hope north into the interior and over the Drakensberg into Kwazulu-Natal following the ancient well-established elephant pathways.

The same can be said of the ancestral Nguni people and their civilisations, who all originate from East and Central Africa. These tribes gradually moved south along the elephant marula lanes and pathways as nomadic pastoralists, never settling permanently at one place for long, living side by side with elephant and other wildlife. They learned from elephant how to find the source of water, salt licks, marulas, use of herbal medicines and positive concepts such as ubuntu and family values.

Elephant are an example of family unity; caring for their young and old; of leadership, and tolerance, never aggressive unless persecuted; adaptable to change; ability to listen and learn (with big ears); quiet animals (silent is golden!).

Why did man never factor in the survival of elephant on the land that they once owned and roamed in peace before our arrival? Was (is) it greed for wealth (ivory), ego (hunting elephant), hunger (poaching) barbarism, or shear ignorance?

Even today in our so called developing and developed societies, and 'civilisations', the great majority of people (yes, you reading this) do not respect or care to accommodate elephant on your land, near your homestead or anywhere, because you do not consider wildlife or possibly anyone else for that matter.

It is time for us to reflect on why we and our land are troubled. We must learn to treat animals with reverence, learn to care for our fellow man and nurture the environment because we all need to live together with respect and dignity.

Learn from the majestic elephant. They are the engineers that first surveyed our roads. Now give them the SPACE that they need for their own migratory pathways and treat them with the respect they deserve.

Mahatma Gandhi acutely observed that "the greatness of a nation and its moral progress can be judged by the way its animals are treated." To seek to reduce the suffering of those who are completely under one's domination, and unable to fight back, is truly a mark of a civilised society.

Dr Heinz Kohrs is a descendant of the Hermannsburg Missionaries who first arrived in KwaZulu Natal in 1854 to teach Christianity amongst the Zulu nation. He is a veterinarian practicing in Phongolo and was instrumental in the reintroduction of elephant into the Pongolapoort and co-founder of the Space for Elephants Foundation. 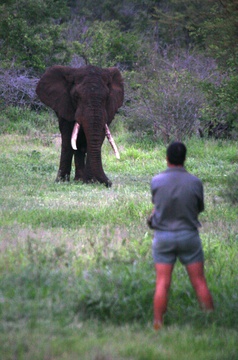 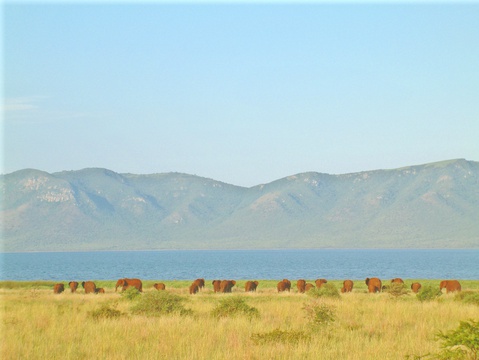 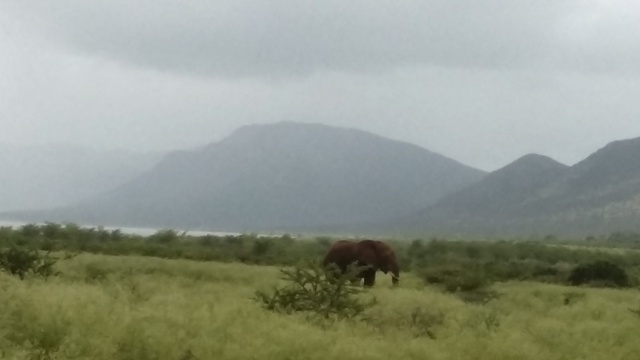 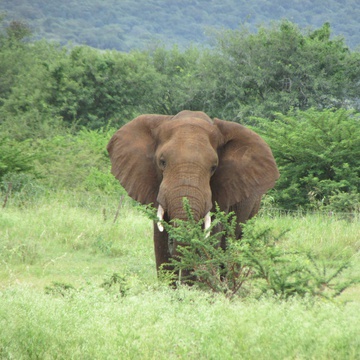 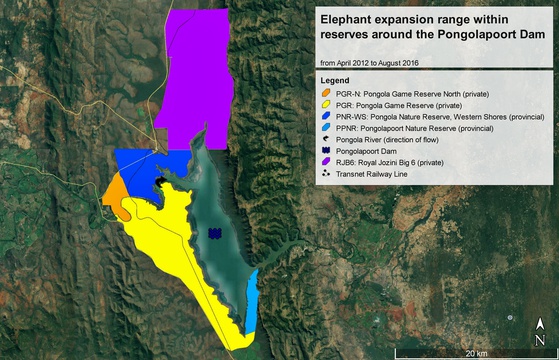