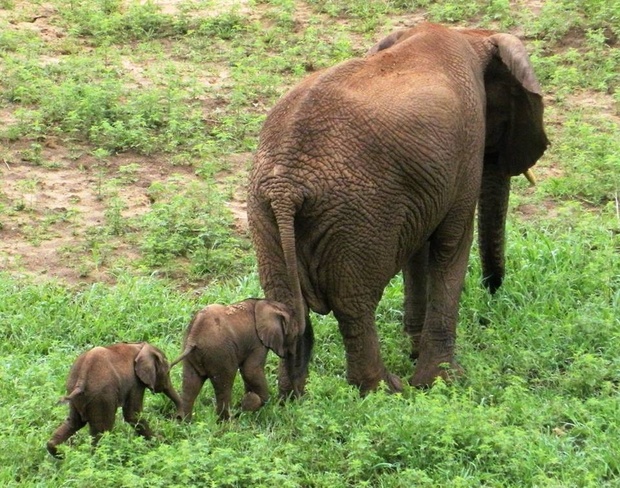 This is amazing news owing to the fact that twins, although it has been recorded, seldom occur, and when they do, their survival rate is rare.

Cynthia Moss in her classical account “Elephant Memories” recorded a case where twins - a male and female calf - were successfully raised by their mother who was the matriarch of her family, and therefore, experienced.   Food was also in abundance.   The male did ‘bully’ his sister when it came to feeding,  but she worked out a strategy to get him tired with playing, and would then sneak in for a good drink while her brother rested.   As the twins grew and their tusks emerged, it was also interesting to see the difference in growth rates.

According to the reserve's Elephant field monitor and researcher they were first seen on 15 November 2014.  Both seem to be feeding well and are keeping up with their mom. This is a wonderful opportunity for some more research and hopefully their monitoring will give some answers to some of the unanswered questions we have re the data on elephant twins.

President Paul Kruger proclaimed the Pongola Game Reserve on 13 June 1894. This protected area was thus the first government proclaimed reserve in Africa and the second oldest in the world (after Yellowstone National Park in the United States of America.)

We will keep you posted on developments and post photos on social media as soon as we have more. 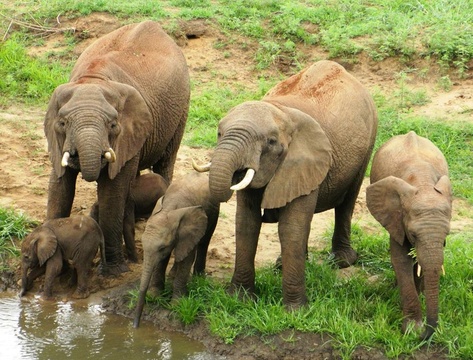